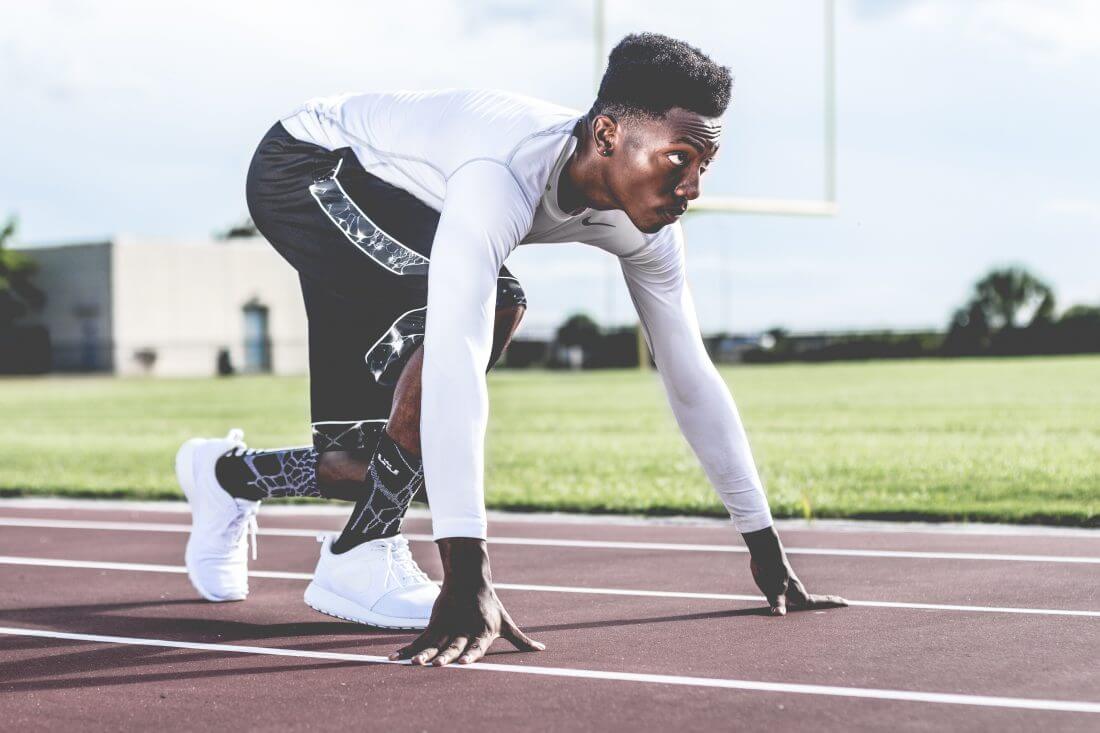 Hydration in the Heat for Young Athletes

Young athletes, parents and coaches frequently ask about safe ways to hydrate in the heat. They want to know how much—and what—to drink to safely perform at their best.

The answers aren’t simple. The scientific research is inconclusive, and experts disagree.

To help sort out the science and provide practical advice, we talked to E. Randy Eichner, M.D., professor emeritus of medicine at the University of Oklahoma Medical Center and former team internist for the Oklahoma Sooners football team. Eichner spent 14 years caring for Sooners football players in dauntingly hot conditions. And for three years he also served as a physician for the Hawaii Ironman, one of the longest, most grueling, and hottest athletic competitions in the U.S.

Sweat cools... Healthy young athletes have a built-in cooling system that kicks in during vigorous exercise in hot conditions. We know it as sweat. When sweat evaporates from the skin it helps to cool the body.

… but sweat also dehydrates. Sweat uses up some of the body’s water. Studies show that during prolonged exercise in the heat, many athletes sweat more than they replace in fluids. However, predicting how much a particular athlete will sweat—and how much fluid an athlete should replace during exercise—is difficult.

“Sweat rates vary considerably among individual athletes, even in identical settings,” explains Eichner. “In some young athletes who exercise hard in the heat, sweat rates can exceed two liters per hour.”

Dehydration can also contribute to heat illness, life-threatening overheating (known as exertional heatstroke) or debilitating heat cramps. (We will cover these topics in future articles.)

So what’s an athlete to do? When is it safe to drink fluids to maintain peak performance and prevent dehydration?

The answer is hotly debated. At the heart of the debate is this: Replacing fluids prevents dehydration and improves performance. But drinking too much has big risks.

“In some circumstances, overdrinking in response to sweat loss or perceived dehydration can be dangerous, even fatal,” notes Eichner. The medical emergency caused by over-drinking is called exertional hyponatremia. It typically occurs when athletes drink more fluids than they lose in sweat and the fluids do not contain salt (or sodium).

Consensus view: Better to drink water than nothing. According to most experts and guidelines, the evidence suggests that it is better for young athletes to drink water than to drink nothing during prolonged exercise in the heat. There is some evidence that a sports drink with carbohydrates and electrolytes may improve performance more than water alone.

“By this view, athletes should drink regularly, aiming to offset sweat losses to avoid dehydrating by greater than two percent or three percent of body weight,” says Eichner.

Challengers’ view: Drink to satisfy thirst, not to match water loss. Others argue that the problem is thirst, not “dehydration,” and that athletes will perform at their best by drinking to thirst. Experts who favor this approach say that, in the absence of thirst, dehydration much greater than just 2 to 3 percent is trivial and may even help performance by enabling “lighter” athletes to go faster.

Most importantly, they argue, drinking “beyond thirst” will gain the athlete nothing and may lead to overdrinking and fatal exertional hyponatremia.

“‘Drink to thirst’ is the minority view,” Eichner points out. “Yet it has merit in its clarion call to avoid overdrinking.”

Eichner and others offer these practical tips.

Begin well-hydrated. Many athletes begin mildly dehydrated before they exercise, starting at a disadvantage.

For brief exercise. Especially in mild conditions and when starting well-hydrated, young athletes may not need to drink fluids. But water should be readily available.

For longer exercise. If they exercise longer, especially in the heat, young athletes should drink regularly to offset the ongoing sweat loss. Eichner recommends:

“Those who sweat heavily may need more fluid than this,” Eichner points out. “It is key to individualize drinking rates.” The goal is to avoid losing more than 2 to 3 percent of body weight.

To estimate how much to drink in a distance race:

Two Cautions. Eichner offers two warnings. Athletes should avoid drinking more than they sweat. “A weight gain after a long run means you drank too much,” he says—and that could lead to dangerous hyponatremia.

Also, beware of overestimating sweat loss in a very long race. “Drinking to match even a small overestimate could result in fluid overload and exertional hyponatremia,” he notes.

Maintaining daily electrolyte balance. In addition to salt (sodium), the water lost in sweat contains the electrolytes calcium, potassium and magnesium. Among these, only sodium is lost in amounts that can matter. Healthy bodies typically store enough of the others to make up for the small quantities lost in sweat.

“For most young athletes a normal diet will usually provide the nutrition necessary to maintain electrolytes, even if they consume only water during exercise,” says Eichner. A first morning urine sample that is light in color suggests good hydration.

Some athletes lose so much salt in sweat that they need extra salt in their diet and sports drink—a topic for a future column.

Fuel for repeat same-day exercise bouts. Fueling athletes for tournaments and football two-a-days is a challenge. “Between games or practice sessions, athletes should eat healthy snacks and drink fluids—taking care not to overdrink—while resting in air-conditioning,” says Eichner. At the end of the day’s competition, they should catch up with fluid and salt needs, along with good nutrition.

Should it be water or a sports drink? For most young people in most athletic settings—when they can eat meals before and after exercising—water is fine, says Eichner. However, he adds, “The longer and harder they compete, the hotter it is, the heavier they sweat, the sooner they have to compete again and the fewer their chances for regular snacks, the greater the role for sports drinks with needed carbohydrates and electrolytes.”

Pay attention. Finally, it is vital that parents, coaches and healthcare providers monitor the athletes and heed what they say. “Watch for warning signs,” advises Eichner. These include undue fatigue, muscle cramping, vomiting, heavy breathing, confusion or other signs of heat exhaustion. “Better safe than sorry.”