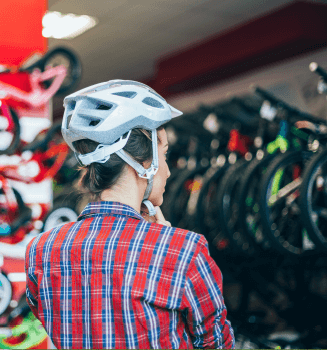 Concussion Prevention: What Works, What Doesn’t

An in-depth review by an international panel of experts says it’s possible to prevent concussions in sports. But the number of effective strategies is slim. Changes to rules and policies show the most promise, while equipment and headgear currently offer little protection in most sports.

The international panel examined more than 13,000 studies. Of these, 48 met standards for inclusion in their analysis. Just over half of the studies targeted youth athletes.

Understanding what is effective is just as important as recognizing what is not, says Kevin Guskiewicz, Ph.D., dean of the College of Arts and Sciences at the University of North Carolina at Chapel Hill and co-director of the Matthew Gfeller Sport-Related Traumatic Brain Injury Research Center.

The review panel assessed 24 studies on the protective effects of helmets, other headgear and mouthguards.

Helmets. Helmets can prevent skull fractures, bleeding in the brain and other head and face injuries. But their ability to prevent concussions is “less clear,” according to the authors.

Some helmets are better than others at dampening forces transmitted to the head, says Guskiewicz. However, “It’s important to recognize there is no concussion-proof helmet. The external padding on the outside of helmets… has likewise not been shown to prevent concussion.”

Face shields. A study by Canadian researchers found that helmets with full-face shields were no more protective against concussion than half shields (visors). But among players who had a concussion, those wearing the shorter shield missed twice as many practices and games, suggesting that full shields may protect against more severe concussions.

Headgear. The effectiveness of padded headgear to prevent concussions remains unproven. In both rugby and soccer, the research is inconsistent; some studies show headgear to be protective and some show it is not. (For more details, see “Are concussions in soccer preventable?”)

Mouthguards. Research on mouthguards has failed to show they protect against concussion. “Mouthguards do a wonderful job of preventing dental trauma,” notes Guskiewicz. “But there has not been a study that has proven that a mouthguard… will actually prevent a concussion.”

In some sports, changes in rules or policies have significantly reduced concussion risk.

In soccer, a study of professional Norwegian soccer players suggested that stricter enforcement of current rules (handing out more red cards) reduced arm-to-head and leg-to-head injuries by nearly a third. However, the study did not measure the policy’s impact on concussion alone.

The expert panel says educational programs have generally failed to make an impact on concussion risk, though they may improve recognition and management of concussions after they happen.

Guskiewicz and others believe advances in concussion prevention may come from changing athlete behaviors that are linked to concussion. For example, some teams are using video to show young athletes improper tackling technique, and teaching a method that reduces impacts to the head. Guskiewicz employs sensors attached to helmets to count impacts to the head and show athletes exercises that may reduce them. University of Washington researchers are testing whether a pregame “huddle” with referees and the opposing team improves sportsmanship and recognition of head injuries.

“It’s never been safer to play sports than it is right now today,” says Guskiewicz. “A lot of that is because of the awareness that’s been created around what a concussion is, the importance of reporting the signs and symptoms, the importance of sitting out and being certain before you go back to play… There’s a lot of benefit to playing sports, and we should keep our kids physically active.”

Concussion Basics
Why it is Critical to Report Concussions
Is Heading In Soccer Dangerous?
Myth: ‘Cocoon Therapy’ Helps a Concussion