Lincoln students are taking a mile-long break from schoolwork 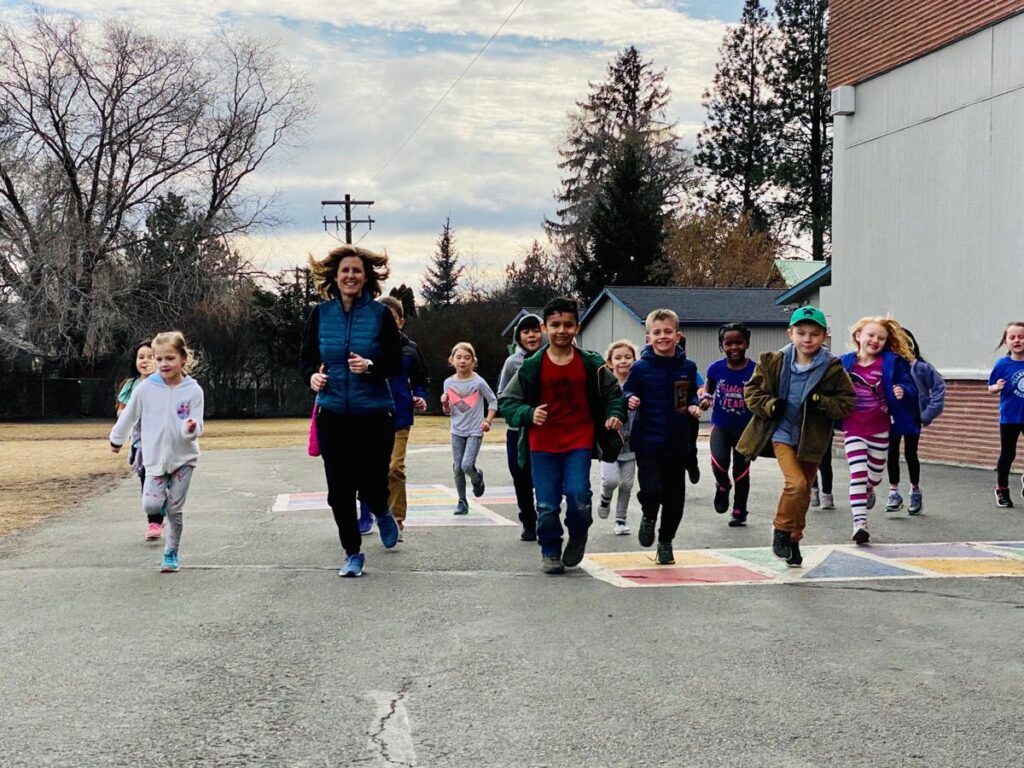 School can be stressful, and sometimes it is important for students to clear their heads.

Lincoln Elementary School is organizing The Daily Mile, a way to get students some exercise. Students do not actually have to run a mile, but they need to keep moving for 15 minutes at whatever pace they are comfortable. It is called The Daily Mile because a student running should be able to run a mile in the time.

Fifth-grader Quinn Goheen said he has fun with The Daily Mile because he likes to run. It is also a nice break from the constant school work. “I kinda run and walk it.”

Unlike recess and P.E., the teacher of the class has total flexibility as to when they do the mile. The teacher can decide to do it before, or after a big test, or if they even want to do it at all, this is according to Elise Herman. Herman said she has been volunteering with Lincoln for about 20 years since her kids were students at the school. Herman was the one who brought The Daily Mile to Lincoln.

According to Herman, The Daily Mile originated in Scotland, in 2012. She heard about the mile through Facebook, and thought it was a good idea. When she went to visit her daughter in Scotland about a year ago, she took a trip to meet with schools there to learn more about The Daily Mile.

“One of the coolest things about Ellensburg,” Herman said. “Is that if you have a good idea, and you can find a few other people to sign off on it, you can really change things and make things happen.”

Herman said she talked with Lincoln principal JoAnne Duncan about bringing the mile to Ellensburg, and that Duncan was on board with the idea. Herman said Duncan was willing to bring this to Lincoln and that it was enthusiastically received by the entire Lincoln staff. She was amazed by how quickly it all happened, and Lincoln has officially started the Daily Mile as of last week.

“I just felt like this could actually be a reality and it wouldn’t take an act of Congress to get it going,” Herman said. “All you need is one enthusiastic principal and that was JoAnne.”

Herman said Duncan was able to get in contact with Karla Landis with The Sports Institute at UW Medicine. Landis has been working on expanding The Daily Mile through Washington, and said that as of now, there are roughly 1,500 students across 12 schools who are participating in the mile. She also said they want to continue to expand the program across the state, and “simultaneously continue researching the outcomes of the program so we have a better understanding of how physical activity impacts students’ learning during the school day.”